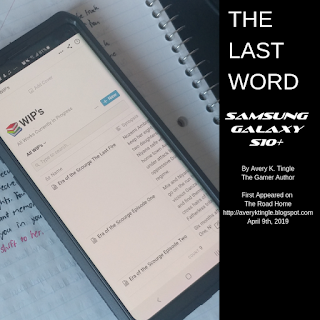 I've had this phone for about a month now. It has yet to explode, so there's that. I used an LGV20 for the past couple of years. It's a great phone and even better music player. The LGV20 had the best sound quality of any phone I've ever heard, but I've been a loyal Samsung user since the first Galaxy. The Smithsonian offered to buy mine, but I'll never part with it.

My LG was good to me, but I was eager to return to my Samsung roots with the phablet that would serve as my virtual assistant. So right from the unboxing, let's dive right in.
Okay, first of all, I like the curved screen, but I've heard horror stories about a hard sneeze turning it into a Thanos victim. The Armadillotek case should fix that! Now it doesn't feel like I'll break it in a moment of anger, and I really like the stand. It would use it to watch Netflix on the day job but of course I don't do that because I follow the rules.
Hey, this case doesn't stop the phone from charging wirelessly either. Cool.

The battery life on this phone is flipping ridiculous. I usually start to see issues on the battery about a month after buying a new phone, but not this beast. I run my phone hard between writing, social media, music, and podcasts and that's usually before I get out of bed. I'm usually down to sixty percent before I even get out my front door. The Galaxy S10+ takes hits like Rocky Balboa. I've had this thing off the charger since last night and I'm barely down to 86%.
Putting the fingerprint sensor on the screen was a really bad idea. The LGV20 had the best fingerprint recognition in the business. Two years, it almost never failed. The Galaxy S10+ thinks I'm trying to rob it. It's a nice idea, but we're not past the age of needing a physical fingerprint reader. 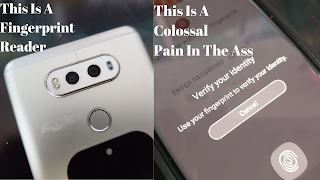 Luckily, the facial recognition feature is damn near perfect. Almost too perfect, because I can unlock my phone from across the room. Whether I mean too or not. This is great for when I'm trying to get away with something (like watching something when I'm not supposed to be), but not so good when I'm in public.
The phone itself is a workhorse. I mentioned earlier how hard I can run these poor things, but with 8 gigs of ram, I am probably boring it. I've had multiple apps going at once, including Pokemon Go and Looney Tunes with no slowdown, and very little battery impact.
This... Camera… Is... Amazing… 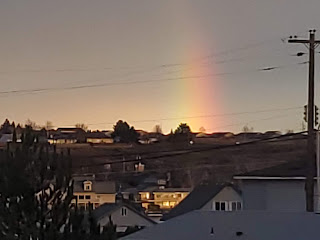 Look at this picture of the moon. No other words needed. If you've ever tried to take a picture of the moon, you know the struggle is real. That struggle does not exist on this phone. Plus, you get a million different filters and options, including one to send straight to Instagram.
I'm not quite ready to say this is the best phone I've ever had, but I am almost there! If you're in the market for an upgrade and need a powerhouse, this is what you're looking for.
Thanks for reading.

The Last Word is a series featuring tech, games, movies, and stories about a month or longer after the release date, when no one's really talking about it anymore. It'll appear on my new blog, coming soon. The next entry will feature Capcom's Resident Evil 2.