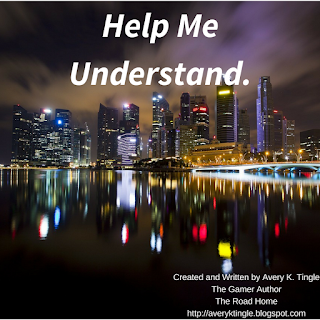 Everybody has one person on their job that no one would miss if they went missing.
They have one person who just brings the day down, everyone hopes they call in sick and pray they never come to an office function.

Anyway, someone close to me relayed a story about this person, and how glad everyone will be to see them go. What makes it worse is that the person’s employer is a good boss.
So the way this story goes, the One We Wish Would Go Away is baselessly haranguing the boss, and up until this day, the boss was oblivious to it. Circumstances arose in which the boss was finally made aware of the One’s animosity towards him.
The boss just slunk back into his chair, shaking his head. “Why?” He asked, “Why doesn’t he like me? I’ve bent over backward to keep him here.”
“I don’t know.” The storyteller replied, shrugging and wishing she could ease the pain, “But if I had to guess, I’d say it was because of your faith. Not that it’s any excuse.”
He shook his head. He wasn’t one to talk publicly about his religion. In fact, up until that day, he’d never named his faith aloud. He walked the walk, though.
“I don’t understand.” His reply was hopeless and desperate, “Why would he hate me just because of that?”
That really hit me; the profound sadness. I don’t understand.
That's damn good question.

Hatred is such a pervasive and corrosive snake. The worst part of it is that you think it feels good. It's simple and requires no explanation. It simply 'is'. You feel it and that's enough.

It requires no understanding.

And it is the surest path to destruction. That's the real price of hatred. It cannot tolerate anything other than itself to exist. The inevitable conclusion of hatred despite the flowery promises is destruction.

Truth is, people will give you plenty of reasons to dislike them without being blind about it. Most people are also pretty approachable and want to be heard, even if it's to be disagreed with.

Love is not the antithesis of hatred. Understanding is.

Some of my favorite memories while galavanting around the country revolve around finding something strange, asking someone knowledgeable, and learning. For example; cow tipping is actually pretty cruel. Please don't do it.

It takes strength to admit we need help, and that there is something we don't understand. Most people are willing if the chance is given.

Help me understand so we can put the world back together.