I'm familiar with Milo Yiannopolous. Personally, I think he's a used airplane barf bag who's very good at what he does. Do I agree with what he says? HELL no. Do I (begrudgingly) respect his right to express whatever opinion he wants? I did, up until recently. And I still do, but I don't think we should encourage it. I think he should be relegated to the spot underneath someone's shoe where the rest of that sort of thinking belongs. 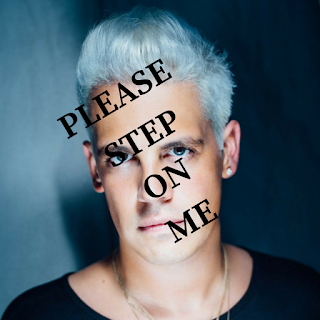 Also, I don't think Simon and Schuster gives a damn about hate speech. They care about cash-speech, and they should; they're a business, and a business' job is to make money. Like it or not, the used barf bag has a huge following and these people are willing to part with their hard-earned dollars to hear what he has to say. Do I agree with it? Hell no! Do I respect their right to spend their money how they see fit, including on this guy? Absolutely.

It would be foolish to think that the execs over at Simon and Schuster didn't sit down and converse amongst themselves about the backlash this deal would represent. They figured that the benefits would outweigh the negativity, and they made an offer.

That is horrible to think about.

This guy has made a living railing against everything America stands for; diversity, equality, and prosperity for all, but you know what? People want to hear what he has to say. So let's make money off of that. The bad press will die off eventually. Hell, the book will probably launch at number one because of it.

I had a hard time writing that because that thought process is utterly reprehensible, and pretty much puts on display what made last year such a bust. Not only will bad behavior get you rewarded, it'll make you rich.

I could see both sides of this argument, but you have to come to a point where you realize this is wrong, and it has to be stopped. Maybe you can't stop it, but you can make your opinion known. That's what the internet is for.

It's no longer enough to say I don't support this and take no action against it.

YOU CANNOT SAY YOU DO NOT LIKE GUNS AND THEN PUT ONE IN THE HANDS OF SOMEONE KNOWN TO USE IT RECKLESSLY.

I do believe that every human being should be afforded the exact same rights and opportunities as anyone else, and I don't understand why this is such a hard concept to grasp. No matter what people like Barf Bag say, gender and color don't make a damn bit of difference when it comes to who a person is.

So this is me, a little, unknown indie author, adding my opinion to the pile. Simon and Schuster is WRONG for backing this book. They are WRONG for rewarding this divisive sack of rotten flesh for his hate speech. And they are WRONG for magnifying the platform from which he can spew hate.

Diversity and respect to the First Amendment is one thing. But when it begins to encroach on the rights and sense of security of others, it crosses a line and it's time we faced up to that.

I will not be purchasing any Simon and Schuster Books, or books from their imprints, for the foreseeable future.

Thanks for reading, especially this because taking a stand is not easy.
Avery K. Tingle “The Gamer Author” is the author of sci-fi/romance the Anniversary. Titles are available on Nook and Kobo too. If you’re new to Kobo, you can get the novel for free!
Agoura Hills, YA mystery thriller, is due out early 2017.