I Deal With Mental Illness, And I'm Okay With That. 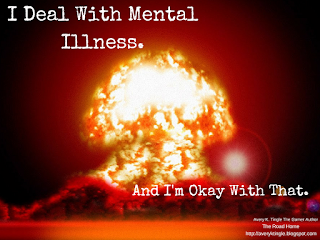 Yesterday, I suffered the worst panic attack I've had in over a year.

It felt like a bomb went off on my chest, immediately followed by a fist closing around my heart. I had trouble breathing. For a moment I thought I was having a heart attack. I almost called 911.

I suffer from post-traumatic stress disorder (PTSD) and anxiety. I take Trazedone, once per night, to manage the latter. It's helped. These are conditions I'll likely have for the rest of my life, and I've made peace with that.

Mental illness should never be stigmatized, and no one should suffer both the symptoms and people telling them to "get over it". I hope that if anything is to be learned from the recent passing of Carrie Fisher, it's that mental illness should be brought to light and addressed, not demonized. This is who we are. Trying to belittle us is only going to make things worse, not better. There is no "getting over it". We deal with it as best we can. Please don't make it harder on us.

Ask instead if there's anything you can do to help. Chances are we'll be grateful for it.

On the plus side, it's really cool when people say you're crazy and you actually are.


Avery K. Tingle “The Gamer Author” is the author of sci-fi/romance the Anniversary. Titles are available on Nook and Kobo too. If you’re new to Kobo, you can get the novel for free!
Agoura Hills, YA mystery thriller, is due out early 2017.