Life, Writing, and Business Goals For 2016

January 04, 2016
2015 was a great year. I got two shorts out, both of them exceeded expectations, and one did well enough to make it into Amazon's recommended reading for a little while. It's a trip when friends are sending you Amazon newsletter and your title is in it. 2015, after so many years of trying, was the first year I really learned that I could succeed as a writer.

I also learned that I could teach writing, leading one person from idea to execution to marketing and publishing. Truthfully, that was a scary moment; realizing that I'd come far enough on this journey to pass on what I've learned. If Ring of Asarra confirmed that I could make it as a writer, watching a friend succeed using advice showed me that I belonged here.

2015 wasn't without its perils, though. I was woefully out of balance, pushing myself in one direction or another with such reckless abandon that I either crashed or became apathetic. I lost entire weeks because I was too burned out or simply didn't care about the story, which had stymied me into oblivion.

So after reading one of my mentor's blog posts on how she plans to approach the year, I figured I'd outline my own path to success for the coming year. Because, for the first time in my life, I can see the top of the mountain.

This is such a hot-button issue and there are valid points to both sides of the argument. Writing every day keeps me immersed in the story, staves off writers block, and makes it so much easier to transition from scene to scene. So my daily goal is between one and two thousand words in whatever world I'm in, seven days per week.


2). Don't Beat Myself Up For Not Writing Every Day

Yeah, I know I'm a conundrum. I get it.
Realistically speaking I will not be able to put out that many words, every single day, all year. When I've tried and failed, I've basically beat myself up into exile from the world I was living in, making me a foreigner when I return. So I'm telling myself that it will be okay to take the occasional day off. So long as it doesn't become a habit.

I won't lie; there are moments when I'd love to get back into fighting. Then I remind myself that I'm almost forty years old and I can't take the beating like I used too. Not going out like that. I know I've peaked out.
But one of the best things about looking out for your physical health is it keeps your mind incredibly sharp, no matter your age. Exercising regularly not only keeps my diabetes in check, it means I spend a lot less time fatigued. I sleep better. I remember things better. I can push, physically and mentally, longer than some people who're younger than I am.
Staying in shape makes me a better thinker and a better writer. There are no downsides to this.

I slated four for release this year, and I know this is a tall order because it calls for a bare minimum of one hundred and fifty thousand words done in one year. Other people have done more working harder schedules than mine, which means I can do it. This also leads me to my next point

I started to discover this at the end of last year, the importance of not overdoing any one thing. Not playing too much. Not exercising too much. Not writing too much. All of this led to disastrous results.
But I found that when I moderate myself, maybe devote one hour a day to gaming, one hour to working out, a couple of hours for writing and business, and knowing when to throttle back on each, I wrote almost thirty thousand publishable words in three weeks.

So those are my five main goals for the year. Other smaller ones include;

-Building The Email List
Everyone who ever said building an email list was integral to indie success was right. I have a smattering of followers now, but I'd like to quadruple those numbers at least by years end.

-Release a number of shorts in different genres

-Build My Wattpad Following
Still new on this platform, not sure what to think of it yet.

-Learn How to Create Images Like These
Seriously, how do people do this?! I know absolutely nothing of Photoshop. I don't even have the program. 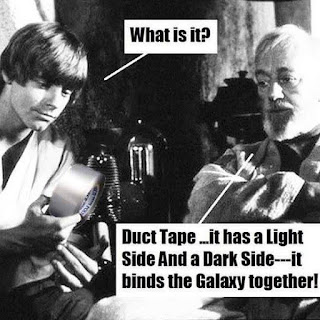 If you've got goals, comment below; I'd love to read them.

Thanks for reading and may 2016 be epic to you.

emaginette said…
If they idea is there, then it will happen eventually. :-)

Avery K. Tingle said…
It's capturing them all when they strike that has proven to be the challenge. :-) Thanks for stopping by.
January 6, 2016 at 8:35 AM