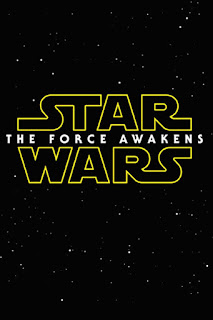 It is no easy thing, to create an in-canon Star Wars film. The technology must be imaginatively plausible, advanced, yet ancient. The characters need to have depth, pathos, yet at their core serve something almost unwavering that appeals to each of us. Where the prequel trilogy felt artificial and forced, Star Wars Episode VII: The Force Awakens hits all of the right notes and delivers an almost perfect Star Wars experience. For the first time in over a decade, we are treated to a film that actually feels like a galaxy far, far away, witnessing events that occurred a long time ago.

Considering that the story had thirty years of history to fill in, the story is incredibly well-written and executed. From the ashes of the Empire rose the First Order, but this is no galaxy-crushing, omnipresent, malicious force. The antagonists are instead an angry remnant, striking out against a Republic that may have trouble keeping up with the surging First Order. The new superweapon of the First Order is absolutely horrifying.

Kylo Ren is an incredibly deep and complex character, so much so that to reveal any more about him would spoil the experience for you. The best way to put it is this; what Luke Skywalker was in A New Hope, Kylo Ren is in the Force Awakened.

Though the film relies heavily on CG, its usage is seamless and complimentary to the actors. These are actors acting with each other, playing new, yet familiar roles, and it is the performances that really make this film something special. No one appears bored. Everyone is lost in the moment and their roles. John Boyega effortlessly bounces around between light humor and genuine terror and does so without missing a beat. He's in over his head, and you want to pull for him.

Daisy Ridley's arc is the most interesting to behold.
The direction is worthy of an Oscar. J.J. Abrams may never quit abusing the lens flare, but he's at least dialed it back a bit for this movie. Shots range from long and harrowing to tight and dramatic. Nuances of each character's emotions are captured perfectly and projected onto the audience in a way we haven't seen since Empire Strikes Back. For the first time in ages, we feel like we're on the ride with these characters, instead of just spectating.

It's difficult to go into details without giving too much away, so suffice it to say that Star Wars: The Force Awakens is everything you love about Star Wars. The torch is passed and the successor is worthy.

Kim Iverson Headlee said…
I enjoyed the film, don't get me wrong. It brought me back nearly 40 years to that day as a senior in high school, standing in a line at one of the major cinemas in downtown Seattle that was so long, we got filmed for the evening news. But I lost count of the many homage scenes and dialogue lines that I have to reject the movie's title. It's not "The Force Awakens" but rather, "The Plot Recycles."

Oh and for the record, this movie didn't rely on CG =nearly= as heavily as its most recent predecessors, thank the Force. And if Peter Jackson had directed, that last 5 or so minutes at the end would have been an additional movie. It was indeed a well-assembled film and a very enjoyable "Star Wars experience."
December 19, 2015 at 6:08 AM

Avery K. Tingle said…
Yes. That was a massive, massive spoiler and I'm terribly disappointed in you for doing that.

You are absolutely right; this film almost mirrored the plot of A New Hope, magnifying everything along the way and reversing a few key things. After all these years, though, after languishing through the prequels, I had no issue with going back to the familiar. And if Peter Jackson had directed this, this film would've been split into three parts, easily.
December 20, 2015 at 10:40 AM