I'm Tired Of Being Pulled Over. 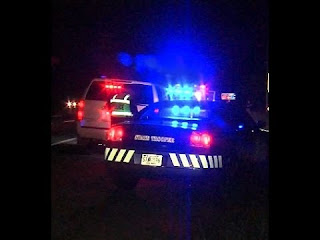 I'm a black man living in the more rural, conservative Western Washington. In the past ten days, I've been pulled over no less than six times. And I'm tired of it.

Well, maybe some context would help. See, my headlight's been out for quite some time, so I've been flagged left and right by the State Patrol, and officers from two different cities politely advising me to get it fixed.


The officers have never been anything but kind and courteous to me. One even shot the breeze with me for a moment.

The last officer made a joke and let me go without even asking for my ID.

All of the officers alerted me before they began speaking that we were all being recorded.

At each encounter, I was friendly, and cooperative.

I've never been issued a ticket.

All of these situations were mildly inconvenient and entirely brought upon myself. But considering how quickly we hear about these kinds of stops going horribly wrong, I thought it would be appropriate, in these racially-charged times, to illustrate numerous occasions were law enforcement were doing their jobs. Where the color of my skin didn't make a difference in my treatment. Where a black man was pulled over by white officers and was treated more than fairly. In each of these instances I could've been fined. Instead I've taken no financial hit.

So despite what you may read and watch, it doesn't always come down to the color of one's skin. It comes down to attitude and accepting responsibility for your actions, and good people just trying to make a difference.

So yeah, I'm tired of getting pulled over. And because of that, I can't wait to fix my light at the end of this week.

Let there be peace.