Yet Another School Shooting. 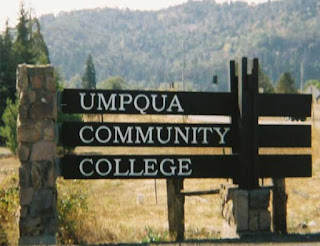 I write this with shaking hands because I am angry on so very many levels. I scarcely know where to begin, so I will address one point at a time.

Any sort of religious persecution sickens me. I don't believe any god condones killing in their name; only evil encourages that. But I am a Christian, often referred to as "New Age" by my friends because of my liberal beliefs, and as a Christian, hearing about people who had the absolute courage to stand for God in the face of their own death is both amazing and disheartening. And it makes me want to go to war. No one, not Christian, Muslim, or anyone, should be persecuted for who they are or what they believe.

I believe that people should have the right to live their lives in peace as long as they bring no harm to others. I don't like guns. Right now, I hate guns. I think guns make it too easy to do something unthinkable, something that can't be taken back. I absolutely do not understand why anyone would feel the need to own something that is fully automatic. But that's my opinion, and I don't expect everyone to agree with me. I will defend the American right to bear arms even if I don't agree with it.

I have never believed that gun control was the issue, rather, we should be addressing some pretty glaring issues with mental health. But I'm having a very hard time not jumping on the gun control bandwagon because, point blank, weapons are finding their way into the hands of psychopaths who shoot down innocent people.

I know plenty of law-abiding citizens who carry guns and I wish more like them could set an example. Mass shootings have been happening for decades, but in the era of social media, we are now much more aware of them.

So when do we transition from sorry-speeches and coming-togetherness to actually taking action? When the fuck do we actually start to do something about this?

Or do we just sit back and continue to allow this to happen? Is 'I'm sorry' all we're content to do?

We need to stop being sorry and start taking action. We owe the dead and wounded that much.