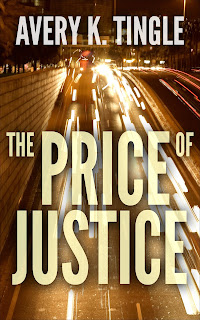 First thing's first; New, free short story The Price of Justice is now available from Smashwords for all e-readers. This is a quick piece, an urban drama revolving around the final conversation between two old friends, after one of them takes justice into his own hands.

Era of the Scourge Book 2: Warblooded will release for e-readers on September 7, 2015. It will be released through Amazon, while other retailers haven't been decided yet.

A print version is being planned.

"Warblooded" takes place a number of years before the events of the Ring of Asarra. It will introduce new characters, provide more depth on the Scourge, and give insight as to how the rebellion against them was formed.

The chief complaint I received about Era of the Scourge Book 1: The Ring of Asarra was that people felt dropped into the middle of the world with little idea as to what was happening.

Universal Warrior: Reclamation is a ten-part flash fiction series that will tell the story of Warblooded's key characters before the novella drops, and the events of the story begin. This story will begin July 3rd, 2015 and conclude September 4th, 2015.

This story will only be available to newsletter subscribers.

After that, Warblooded will be released in two editions;

Era of the Scourge Book 2: Warblooded will be the standard novella.

Era of the Scourge Book 2: Warblooded [Complete Edition] will feature the full novella plus Universal Warrior: Reclamation and one more surprise.

So update your calendars, because the next installment is coming.

Thank you for your support, because none of this is possible without you.