An Open Letter To Law Enforcement 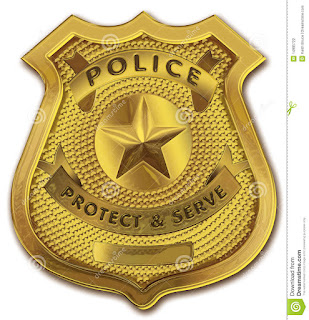 A few weeks ago, I was eating with my family when a number of officers entered the restaurant. I immediately became apprehensive.
Two of the officers locked eye contact with me and lingered for longer than a few seconds. I physically tensed and braced myself for a confrontation. Blessedly, I nodded at them, they nodded at me, and that was the end of our brief, tense encounter.

My fiance said that I was so tense that she was afraid a confrontation would break out. I argued that I tensed because the officers sized me up, but that didn't matter. I shouldn't have been ready for a confrontation. They should not have sized me up.

Which is very sad to say, because I have known some incredibly decent police officers in my time. I've known two went far out of their way for me, bending the law to cut me a break. So I know that all police officers are not bad.

I've also had a police officer threaten to kill me on one occasion if I ever returned to his town again. I've also been physically assaulted by police officers when I had my hands in the air and was surrendering.

I also know that this isn't limited to color. My fiance, a white woman who stands at less than five feet five inches tall with her hands above her head, was pulled over a few months ago for an issue with her plate. The officer verbally accosted her to the point of tears.

The plain truth is this; as a person of color, in this day and age,  I am afraid--terrified, actually--that I will one day be stopped by a police officer. I will comply with the officer's every command. And it won't make a difference.

I am also worried that eventually, citizens will no longer tolerate being executed by police, and a good officer, one who takes the oath seriously and does their best to enforce the law and go home to their family every day, will pay the price. The consequences for that will be marked as a failure in future history books.

Update: Officer Brian Moore, a twenty-five-year old New York City Police Officer, was shot in the head on May 3. 2015 and died of his injuries the following day. His accused murderer, Demetrius Blackwell, was apparently unprovoked in his supposed actions. Demetrius Blackwell is a black man.

I don't know when or why the system became so fundamentally broken, but I implore you to see and realize that things need to change. Either stricter psychological screening, more thorough background checks, or something, but something, somewhere needs to change.

So as a private citizen, I make the following promise to all members of law enforcement;


Just like most good officers, I pray that a traffic stop does not result in my death.

Thank you for the service you provide.

Anonymous said…
Avery, I applaud what you've written here. I'm a well-educated white woman who -- like you -- has over the decades experienced both kindness and callousness from law enforcement. So, I agree that ultimately, race has less a factor to play in the equation than perhaps bad timing or a lack of manners or self control. I pray that one day all people will engage with each other respectfully, but I wonder what will it take for that day to come...
May 11, 2015 at 5:03 PM

Anonymous said…
This is my second attempt to leave a comment. I'll try to recreate my first one.

Avery, I applaud what you've expressed here. As a well-educated caucasian woman of age, I can tell you that I too have mixed encounters with the police. Mostly kind, but some extremely callous experiences too. I think that it has a lot to do with bad timing as well as perhaps a lack of education or self restraint. Unfortunately, law enforcement tends to attract alpha type people. I have hope for the future, but it's going to take a ongoing diligence from both the public and the police. Thank you for sharing this with us.
May 11, 2015 at 5:11 PM