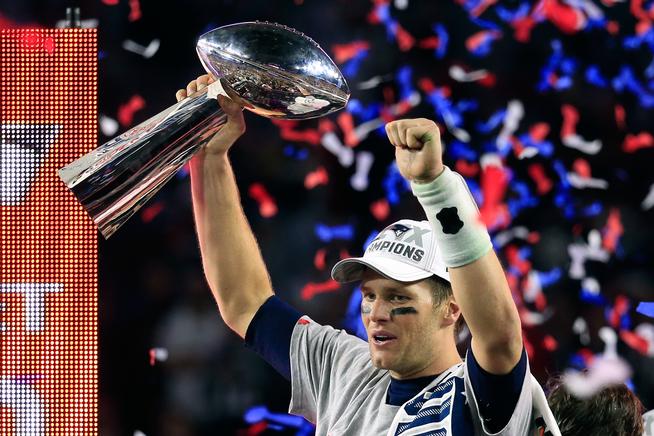 I find that I fall into this category that can be equally shunned by both groups; a nerd/jock hybrid. I got just as geeked out for Battle of the Five Armies as I did for Super Bowl Sunday. I'm an avid video gamer. I don't play D&D, but my girl does, which means I will inevitably one day play D&D. I'm kind of hopeful for an X-Files revival and may camp out so I can be the first to see Age of Ultron. I can also recite Drew Brees' pregame chant from memory and tell you why that final offensive play in the most recent Super Bowl was...so, so stupid.

I appear to share some of these traits with George R.R. Martin, who, beyond being author of the epic dark fantasy series Game of Thrones, is also a fan of the New York Jets and the New York Giants (do NOT make fun of them on his blog, seriously). As such, he had a somewhat personal stake in yesterday's Super Bowl, as the New England Patriots practically own the division the New York Jets are in.

He wrote from yesterday's Super Bowl, hoping that my hometown Seahawks "deflate" the Patriots.

After the game he says, and I quote; "Life is meaningless and full of pain."

To which I think oh, shit.

Mr. Martin already has a well-deserved reputation of merciless slaughter when it comes to our favorite characters. I believe the man has greater self-control than I do. However, the final title in the Game of Thrones series is not yet finished.

I am not getting attached to any new characters in Game of Thrones. I'm still recovering from the Red Wedding, and blessedly, my favorite character who I will most certainly not mention here, is still alive.

Just a random tidbit from my observations around the net.