Universal Warrior: The Ring of Asarra Version 3 is Now Available 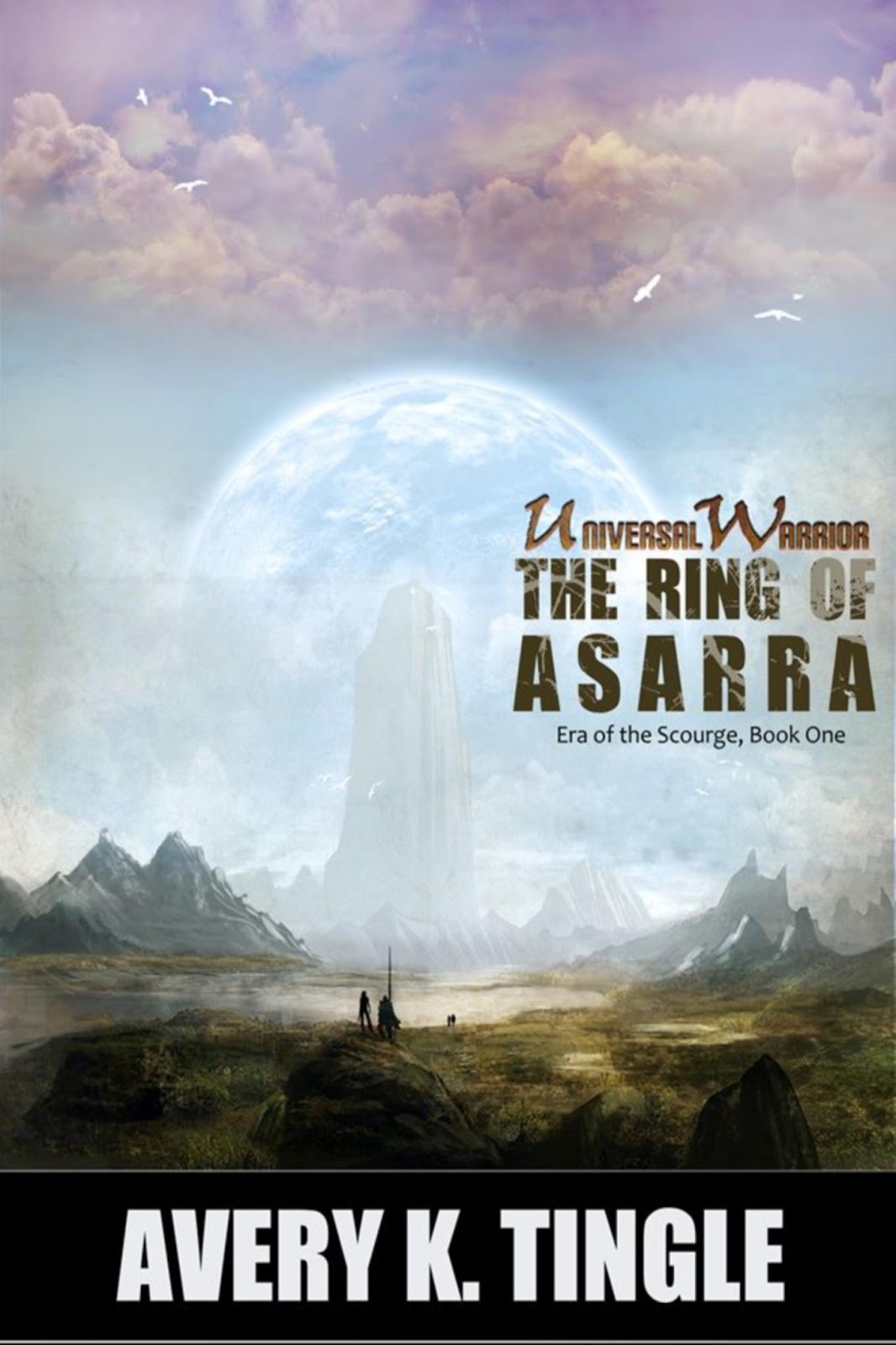 I am very proud to announce that Version 3 of Universal Warrior: The Ring of Asarra is now live. Current readers, open your e-reader or app and you should automatically update to the new version.

New readers, click any of these links to pick up your own copy of the story for $1.79.

For those of you new to the story, "Era of the Scourge" is a (minimum) four-part short story series that details the events of the Third World, before the split of nations. Centuries after the end of the Thunder Lizard conflict and the disappearance of Adam and Eve, four demigods are unleashed who quickly begin the extermination of all life on the planet. These demigods, avatars of War, Death, Plague, and Famine, would rule the third world for nearly a century and a half before finally being overthrown--at great cost--in Fall of the Scourge.

The Ring of Asarra focuses on Sephtis, an amnesiac who's been granted asylum with the Last Alliance as one of the last of his race.
But Sephtis is no amnesiac; in truth, he is Death Incarnate, one of the four Scourge. Originally sent to infiltrate the alliance, life with them has caused his allegiance to waver. His inner conflict becomes so severe that he can no longer live with his actions.
Rescued from a dire fate by the elven goddess Asarra, Sephtis is offered a choice; he can forfeit his powers, his birthright his destiny, and live as a mortal with the woman he loves as the Scourge complete their conquest of the Third World, or he can use his powers to turn the genocidal tide against his former brethren.

The story is available in e-book format at the following links;

Enjoy the story, look forward to more, and thanks for reading.