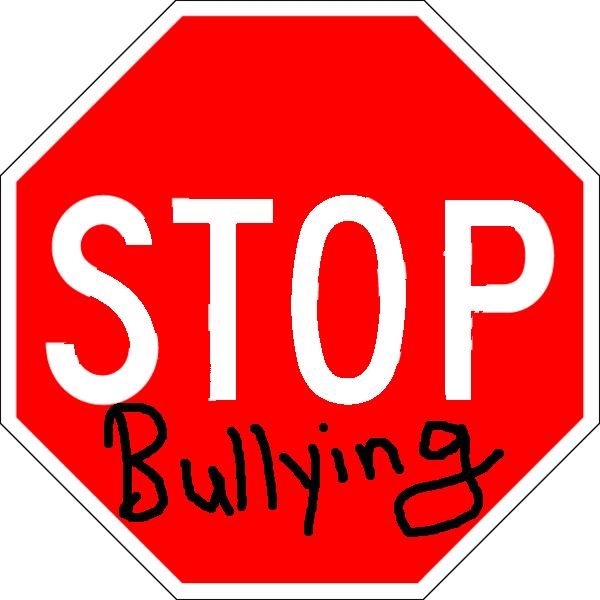 On May 19, 2014, the Huffington Post published an article in which the mayor of Porterville, California, Cameron Hamilton, stated that victims of bullying should "grow a pair" and "stick up for them damn selves".

The entire article can be read here.

This is my response.

I wanted to take a moment to address your statement in the Huffington Post regarding bullying victims, how they should stand up for themselves. While I don't agree with your verbiage, I do agree with what I believe, and hope, you were trying to say.

Bullying should not be an excuse for bad behavior and it most certainly should not be blamed for the problems of the world. However, speaking as a former victim who later became a perpetrator (as bullies often do), I'd like to tell you that it's not as simple as you suggest.

The true problem with bullying is not only in the victimization of the act, but the isolation of it. Victims have virtually nowhere to turn. While reporting the incident often opens the door for violent reprisal, standing up for ourselves often puts us under a microscope. Suddenly we become scrutinized;

Why did s/he act out?
S/he is normally such a good kid!
Are there problems at home?
What could have possibly brought this on?

Yes, there may be something going on at home, but exactly how long do you think one can live under oppression before feeling as though they had no way out?

I don't think the proposed 'safe zone' was a good idea and I'm glad to see it withdrawn. What I'd like to propose in it's place, however, is ensuring that parents take responsibility for their kids.

It starts at home; we need decent parents and caregivers who are not afraid to stand up to their children and say "Hey, this type of behavior is not right and will not be tolerated. If you do this, this is what will happen to you."

As for me, I eventually resolved that if I was going to get into trouble no matter what I did, I was going to get into as much trouble as humanly possible, and I was going to perform such vicious and horrible acts that no one would ever dare mess with me again. This line of thinking led to a violent youth that ran well into young adulthood. It is only because of God's grace and the good people He sent into my life at the right time that I am still alive to tell you this.

Put responsibility of these kids on their parents and watch the world change overnight. Together, we can all fight this thing, but together must mean all of us.

Thank you very much for reading.

Unknown said…
While I agree with you that parents need to police their children's behavior, you appear to have torpedod your own argument by stating that your consistent reprimanding for your behavior drove you to worse behavior.
While it is a parent's primary job to raise a child who will contribute positively to the society in which he/she is a part of, nobody but an individual person can decide where they will stand in the pecking order of life. This I believe is the core of what the mayor was talking about. Our society has become accustomed to outside forces coming to our rescue and even punishing those who dare protect themselves while they still have the nerve to do so. This CANNOT be allowed to continue. To punish people for having the courage to stand up against oppression is unfathomably evil. Follow that behavior to adulthood and imagine what it can lead to (and is leading to already)

While the mayors language was crass, it was also spot on. There will ALWAYS BE BULLIES...it's high time we started allowing our kids to protect themselves rather than teaching them to be the most docile and submissive victims possible (" pee your pants and cry". ARE YOU KIDDING ME?!?!" )
May 24, 2014 at 5:37 AM

Avery K. Tingle said…
Then I misspoke, something I often do when I talk about my own upbringing. What I meant to convey was there is a line between reprimanding your child and then putting the fear of God and beating the hell out them on a regular basis, which is what happened to me. I agree with what the mayor was trying to say, I just think it came out wrong, which is what I was taking him to task for.
The long and short, I'm in favor of harsher punishments for bullies and cease all blaming of this behavior on the victims.
May 26, 2014 at 11:49 AM