The Story of a Debut Author 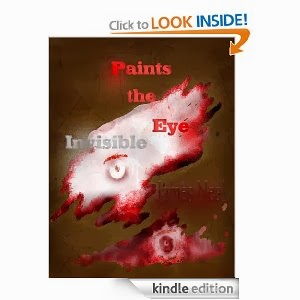 I'd like to tell you the story of James Neal, as I know it anyway.

I was living in Missouri when I met him. We were both languishing away at the same job when my well-meaning supervisor put the two of us in contact, stating that we were both writers. Within a few short weeks, James and I had clicked, and I got to know a fierce, yet unfocused creative who had endured some of the worst circumstances life had to offer. Still, here he was, working a job where he knew he his time was limited. He was destined for greater things.

Over time, James began to devote more and more of himself to his craft, though he was heavily burdened by feelings of self-doubt. Still, he managed to get enough positive reinforcement to leave his job and pursue his dreams full time.

That first year was brutal. James endured numerous setbacks and trials. The end of the year culminated with in disaster when he attempted to do the right thing and paid a heavy price.

Luckily, throughout all of this, James has emerged stronger and wiser for the experience and despite the overwhelming odds, he has completed and presented his first work to Amazon.

I must admit that this is a far more thrilling piece of fiction than I expected, filled with plausible, fun characters in a fun, fantastical world.

I am hoping this is a precursor for his epic fantasy Of Blood and Blade, which is over one hundred and fifty thousand words and undergoing revision.

In the meantime, please help  debut author out and take a look at his work. He's only asking six quarters for it, and I promise it's the price of admission. If you like it, please leave him a review? You can pick up "Paints the Invisible Eye" on for your Kindle by clicking the link.

James is also the artist and author of the popular web comic "Mandy and Murder Bear". He lives with his longtime girlfriend and their children in Missouri.