On Selling and Storytelling 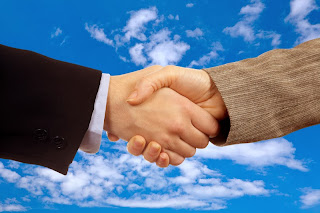 As as sales rep for Centurylink, one of my duties was to sell existing customers high speed internet, among other products. Going into it, I figured it wouldn't be so difficult; after all, everyone needs internet, right?

Two weeks into the job was enough to make me believe that people absolutely hated the internet.
Yet, over time, selling internet to people became almost automatic.

I used to think that the biggest hurdle to selling the internet was that when it came down to it, no one really needs the internet. Turns out that people absolutely hate to be sold, and they hate parting with their hard-earned cash even more, no matter the expense.

As writers, we face this dilemma on much more treacherous ground. How do we sell something people don't need, to people who don't want to be sold?

That is not to say you're a bad writer. Just don't expect the world to welcome you with open arms.

Now, the good news. There is a place on the planet for your story, and yes, your story has the potential to reach millions and be turned into a major motion picture (if that's your ambition) if you're willing to put in the time.

The fans of Firefly were in such an uproar over the sudden cancellation of the series that Fox produced a movie just to shut them up.

Entire websites pop up overnight just to devour the next tidbit about the next Star Wars. That's how badly people want to know--what happens next?

Writing is one thing; selling is another. And you will have to have a good grasp of the latter to have a foundation to succeed. Hopefully this little starter guide helps. This assumes you already have a fairly decent grasp of social media. Facebook, Twitter, and the like.

1). Don't be afraid to tease your story online.

Ex: Prepping the climax for (title of your book). I...did not see that ending coming.

2). Prep a brief synopsis of your book.

I recommend doing this when you're about two thirds of the way through your first draft. Summarize your book as something one would read if they spotted it on a shelf and turned it over. Make it compelling. What is it about? Who is it about? What's the conflict your protagonist faces? What will they face to overcome it? In answering all these questions, it is your job to make your potential reader care, to get them to invest emotionally in your work. The objective, at the least, is to get them to remember your title. At the most, they buy your book outright.

3). Close out your synopsis with a question.

Questions linger in the minds of people better than statements do, because humanity has a pathological need to answer a question. In this case, the question can only be answered by them reading your book.
These are three steps you can take to begin selling your work before it's even finished. Make no mistake; the journey to success is one of the most arduous undertakings one can commit themselves too, particularly because there is no destination. There are many more steps you can take to ease the journey, but these three will get you on a solid start.

Best of luck to you, and thank you for reading.