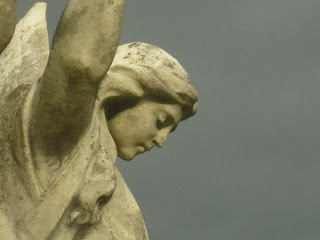 I wonder if you'll indulge me a moment. I'd like to share something. Maybe you can take something from it. That's what I do, here; I share a little part of myself, in the hopes that whoever reads may avoid my mistakes or take hope that something better awaits them, if they put in the effort.

I consider it a blessing to have seen so much of this magnificent land of ours. I have shared meals and been granted shelter from people with whom I did not share common language, and I have been saved from dire situations by total strangers. I have experienced the riches of so many different cultures that I scarcely know where to begin to tell you about them. I prayed to my own God amongst a group that prayed to theirs, and I was not shunned; rather, I was welcome as a brother. I can speak to you of the loud, frenetic rush of New York City or of areas so small and peaceful not even Google could find them.

No matter what mainstream media would have you believe, the world is a beautiful place. You just have to dig and trudge and scrape through acres of complete and total shite to get to it. The liars. The rapists. The racists. The child molesters. The self-servers. The greedy. The lazy. The unmotivated. And the unmitigated evil.

It is only because I've seen so much that I'm able to maintain a positive outlook. Not because of what people have told me, but because I have seen it with my own eyes.

I am wounded. It's as though I've been stabbed and I can't deny the injury, and it won't close. I can put my hand over it but blood comes anyway, warm, my life pouring out between my fingers. I feel like I've been barraged by menace after menace this year, like some raging onslaught that has damn near destroyed me. My daughter--the second child I've lost. My marriage. Work. Everything. And I just want to scream to the Heavens, GIVE ME A FUCKING BREAK!!!! HOW MUCH DO YOU FUCKING THINK I CAN TAKE, DAMN YOU?!!

And I have to keep going. Not because I want too, please, what I want to do is curl up under my blankets and never come out again, but because life doesn't care about my fucking, piddly-ass problems. The landlord isn't going to accept 'my marriage fell apart' as an excuse. My job won't accept 'my daughter died' as an excuse. And my publisher certainly won't wait for me to get better so I can deliver the two books I promised.

But now, in this moment between days of the weekend, I confess to you that I AM HURT. I feel as though I'm spiritually bleeding out but the darkness won't take me.

So I will get the fuck up, and I will leave a trail of myself in my wake, but damn it, I will keep going.

Don't rush love. Don't sacrifice who you are for someone else. Don't give of yourself to someone who would not do it for you. Do not believe the lies people tell you about yourself. People try to bring you down because they wish they could do what you do.

Everyone has been through something they wouldn't wish on anyone else. Everyone has some big dark secret. Everyone is tested. Not everyone endures.

Endure. No matter what the world throws at you, endure, because you are being prepped for something great.

Thanks very much for making this blog a success, and as always, thank you for reading.