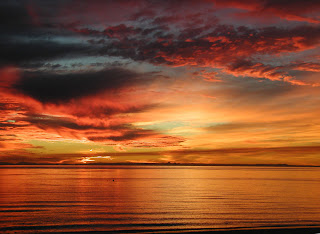 His life is utterly out of control. Not in a good way. Traditionally he welcomes the chaos he thinks he's mastered; too much routine and he feels as though he's stagnating.

This is not the type of chaos he's used to. He believes this chaos to be the maddening kind; the kind that threatens to draw one in and consume them like a serpent, which lies beneath the alluring sands, striking only when the prey realizes it's been trapped.

For the past half year his life has been death and ash. He's forgotten how to smile and laugh but not how to fake it. But faking it is becoming harder. The anger threatens to boil over. He can feel it coming, clashing with terrible sadness and self-loathing at his failing ability to control himself.

Today is different. Today, his life is out of control, and while he is wary of the serpent, he begins to wonder if this is indeed the truth, and not like so many other mirages.

Now, he's caught in a different kind of madness; the playfully competitive kind. He's never played this game before, standing across from his opponents at the other side of the gaming table. But it's the girl at his left that occupies more of his mind.

In the space of a few days she has managed to pluck him from the dead shell. She planted him back in the world of the living and said "Go play." And when the man didn't know what to do, she simply smiled and said "I'll go with you."

Now, they have spent a great amount of time in each other's company and he wonders if she gets something from it too. He enjoys the moments they have; he'd forgotten what it felt like to enjoy something in the real world. They play together now, utterly dominated by their opponents and laughing just the same. They touch, brushing arms numerously. He's not sure what to make of it. He dares not to hope so he chalks it up to the game.

And then, the game is over.
He and the girl smile, laugh, once again making eye contact as they shake hands over a good time.
His heart sinks, a sensation he's not comfortable with, when she volunteers to step outside with her friends. It's not something he can be part of.

And then an impulse strikes him.
He steps in front of the girl. He steps so close that she could take umbrage if she so chose. Surprisingly, she doesn't.
He offers his hand. She takes it slowly, and once again, there is only the sight of each other's eyes.

"I'll catch up." he whispers, only so she can hear it.
"Ok." She whispers right back.

They release hands. They go their separate ways. He does not look back as they do.
But he smiles.

Eventually, they did catch up, but that is a story for another day.