Three Of The Greatest Films Of All Time

April 01, 2013
After being all but absent last week, I thought I'd kick this week off with what're, in my opinion, three of the greatest films to ever grace the silver screen. 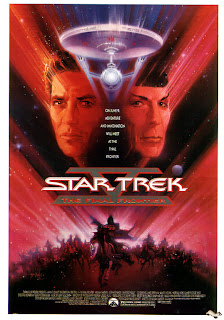 1). Star Trek V: The Final Frontier
It was difficult to top the excellence of Star Trek III: The Search for Spock (We won't discuss the flop that was the Voyage Home), and yet, Star Trek V  did it. It dared ask the question; is God out there? And if he is, is He a disembodied head with severe anger management issues who shoots lightning from his eyes, and, despite the ability to take any form he chooses and change the weather, moves slower than the speed of sloth?
From beginning to end, this film is well-conceived, brilliantly executed with a script that is virtually Shakespearean, this is delightful, delightful movie. Before I forget, also a brilliant touch is the addition of Sybok, played by Laurence Luckinbill, who must've been chosen since he looks a great deal like Leonard Nimoy.
An epic piece of work. 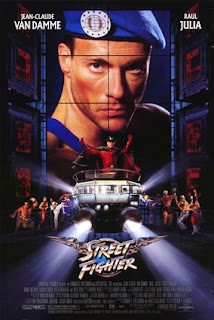 2). Street Fighter
Aptly drawn from the average source material of Capcom's forgettable fighting game series, Steven De Souza presented a brilliant adaptation that practically lifted the characters from the game into the movie. I absolutely loved, especially, how the correctly and phonetically pronounced RIE-yoo and Ken were translated into street hustlers who sold NERF guns to would-be terrorists, as though they were taken straight from the screen. The only negative to this film was Raul Julia's dubious performance as antagonist M. Bison, but hey, nobody's perfect. 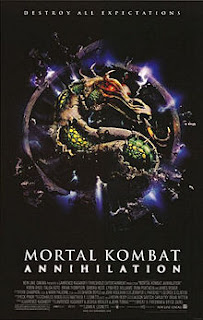 3). Mortal Kombat Annihilation
How do you follow up a flop of a video game movie? You do a sequel and do everything completely right. You get amazing acting from the most talented cast of thespians ever assembled since Road House, you a top caliber script and mind-blowing, amazing special effects, and you put all of that into a single film. What do you get with that? The gem that is Mortal Kombat Annihilation.


Happy April Fool's Day, everyone. Go prank someone and thanks for reading. :-)