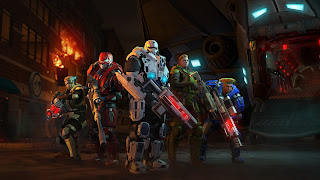 Please excuse my informality. I would've made the trip myself if you were still in the country. I wanted to tell you myself, from one veteran to another, so you and Bre did not have to hear this over the wire.

Jack, I am very sorry to tell you that your youngest daughter Kaitlynn died today. She died under my command, following my orders.

At 0800, Kaitlynn and her unit, Strike Force One, were dispatched to Mexico to extract a VIP. In the course of the mission, her unit came under attack. She was critically wounded defending the VIP and we lost her before she could make it back to base. I am sorry, my friend. I am sorry for your loss and my involvement in it.

Jack, what I am about to tell you can be construed as treason. The council knew you were against the X-Com project from the beginning, so they chose not to involve you in its operations. The program has been running for almost two years. They pulled me out of retirement last year to train the snipers, and now they have me coordinating field missions. By order of the Council, not only did I not tell you the truth, but I have lied to your face more times than I care to remember.

Therefore, in light of recent circumstances, I hereby submit my resignation from the armed forces, effective immediately. I will surrender myself in the morning to submit to whatever disciplinary action the Council deems fit.

I would not presume to expect your forgiveness, my friend. Please know that I am sorry for the pain I've brought to your family.

Thank you for telling me this yourself and not letting my wife and I hear whatever crap they would've put over the wire. Losing Kaitlynn is horrible, but knowing that she gave her life in service of her world makes me proud as a father and a former officer.
The VIP you were sent to rescue was Manuel Villavos, a top scientist in the in the realm of fusion weaponry, I believe. I had no idea Strike Force One would be the ones sent to retrieve him.  Jack, you should know that I gave the greenlight for that operation, and I've given the greenlight for many of your operations. I may not have been comfortable with a covert military faction waging open war in our streets with technology that came out of a comic book, but I can't deny the necessity--or their results. We are under attack, and thanks to the efforts of you and your unit, attacks have been down by almost forty-five percent in a year.
Kaitlynn asked me not to tell you that I knew what was going on. She knew if you did, you would've sent her to a desk, and we both know how that would've turned out. She wanted to fight. She wanted to make a difference, and she died doing so.
Your resignation is not accepted and I expect you to report for duty in the morning. I will do everything in my power to get the full support of the United States government behind you.

Thank you for telling me about Kaitlynn, and make what happened to her count by kicking those alien freak shows the hell off our planet, soldier.

Very Sincerely,
From One Old Soldier To Another,

techtigger said…
fantastic! love all the hidden politics going on. The voice was very genuine and believable for both characters. Well done!
December 21, 2012 at 12:45 PM