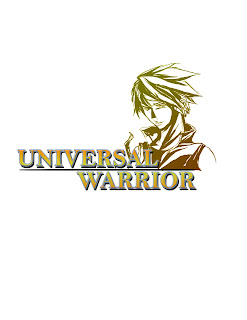 The Great Divide refers to a politically tumultuous time occurring in Heaven between 0416 and 0421. During this time, fifty seven thousand, seven hundred and ninety four Angels were convicted of sedition and exiled to to the Southern Lands. A great many of this number were exiled in secret and without a trial, causing those loyal to Yang to question the wisdom and validity of his rule.

In 0416, Yin was convicted of attempting to murder her own brother and treason against Heaven. When her sentence was handed down, approximately one hundred thousand Angels abdicated Yang's rule and followed Yin into the Southern Lands. This was a sobering moment for Yang, who had underestimated how strong support was for his sister.

Shortly after Yin's exile,  Tiberius St. Karridan was apprehended attempting to detonate the castle of Yevon. He revealed the names and locations of his colleagues after being forcibly interrogated, and they were apprehended shortly thereafter. In order to keep the general populace from knowing about subversives, Yang ordered (against the advice of Zeus and Odin) that  Tiberius and his cabal be discreetly exiled.

Odin sought out the reclusive Heimdall, who had been gifted with All-Knowledge. Heimdall revealed that numerous insurrections were being plotted across Heaven, and they would bring Yang's rule to a violent end of these plans were carried out.

To undermine these plots before they could come to fruition, Yang and Odin formed a private brigade whose sole mandate was the protection of the Kingdom of Heaven against insurgents. This unit was comprised of two hundred Angels, forty-two Asgardians, and two Olympians who were excommunicated from Mount Olympus for their service. This unit became known as The Order of Heimdall.

For three years, the unit operated in total secrecy, learning of those who were plotting sedition from Heimdall and then either subversively exiling them or terminating with extreme prejudice. Although their identities were kept secret from the general population, rumors of their existence began to circulate after so many Angels went missing.

After the reincarnation of the St. Talor clan, the existence of the Order was made public, although their identities remained protected. The number of those planning sedition or violent acts against Yang tripled as Angels openly took to the streets to protest the exile of friends and family without due process. Even the Order itself became splintered, as some argued that they were exiling some for simply speaking their minds.

Following Yethra's Civil Conflict in 0420, Yang had the Order of Heimdall publicly disbanded. However, their identities were somehow made public, and fifty-seven officers died suspiciously shortly thereafter.

Heimdall predicted a plot to eliminate every single member of the order, which would result in over two hundred deaths. To this end, Yang secretly recreated the order with only three members, whose sole mandate was to ferret out the plot to assassinate members of the order and exile them.
This unit was comprised of ex-Olympian Maximoff Zephyr, Reginald St. Morias, and Sira Knightly of the Tengu folk.

Under Reginald's reluctant, yet efficient leadership, the Order stopped the plot and exiled seventeen more Angels, including Reginald's own sister Lillian. Their investigation ended in Asgard when Reginald deduced that it was Heimdall himself manipulating the actions of the Order, in hopes of killing Yang to restore balance to the universe. The three battled an insane Heimdall until Odin himself intervened, taking Heimdall into custody.

The Order was permanently disbanded after that.