October 08, 2012
I've seen a few blogs floating around about the many things people would like to do before they leave the planet. Because I would indeed leap off a cliff if everyone else was doing it, here is my own personal bucket list.

1). Visit China, Japan, Ireland, and Thailand
I'd love to study martial arts in three of these countries, and I've been told by people who've been that Ireland is just plain beautiful. Plus, I really wanna try some authentic General Sao's chicken. No way I'm going to China and eating at McDonald's.

2). Achieve Inner Peace
Seriously. It would be awesome to not have anger be an instinctive reaction to unfamiliar situations.

3). Become The Hulk
First this. Let me wreck a city and then I'll do whole inner peace thing.

4). Fly
I've done a backflip off a wall; that's as close as I've come to defying gravity. To actually lift off and see the world under my own power? That would be awesome.

5). Fight In The Zombie Apacolypse.
Because secretly, we all want to do this.

6). Become a Master Storyteller.
Write a bestselling book. Create a movie loved around the world. Build a narrative-based video game that shows everyone else what the big deal is.

7). Have A Couple Beers and A Good Time With My Father
This one's really personal. My father and I are a lot alike, which is why we battled so ferociously over the years. Even now, we're not all that close, although we get along far better than we used too. The older one gets, the more things come into perspective. My father and I disagree on a lot but we're still father and son.  I don't know if this can ever happen, but I'd love it if my father and I could just sit down, him and me, and shoot the breeze about football or what have you.

8). End Homelessness
Because there are far too many people on the street who do not deserve this, especially veterans. 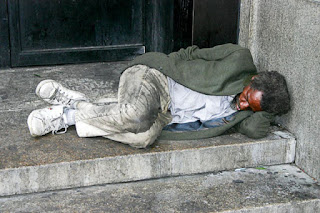 9). Spar With A Master
Not out of anger, animosity, or hatred. In fact, I'd rather be friends with this person. Not a fight, just a simple sparring match to see how far the both of us have come. I'm a big fan of physical competition (although I prefer participation to spectatorship) and a sparring match is about as physical as it gets.

10). Raise One Child Right
I admit that I have a poor track record with kids. The one I have coming with my wife, I'd like to raise this one right, and see them become successful.

So that's it, those are the ten things I'd like to do before God calls me home.

I like connecting with people, so if you have you have any of your own, please feel free to share.

J. A. Busfield said…
In my opinion, this is a great list. Thank you for sharing your heart's dreams. So...are your places to visit in order of priority (just wondering).

And you know that I am a HUGE fan of #6 - I long for that too! Woohoo for the storytellers!

Avery K. Tingle said…
Hello, Jen! Thanks for reading! I think #6 is something all of us aspire too. Good luck on your journey. Honestly, as far as traveling goes, not really. I guess I'd like to see Japan first because it's been a lifelong dream, but as long as I get there, the order isn't important.
October 8, 2012 at 11:02 AM